Change It Up Editing

I'm Candace Johnson, and I love words. Especially yours. Let me help you say it the way you mean it!

I love editing, and I’m lucky enough to work with some very talented writers. Since the fall of 2013 I’ve had the pleasure of editing several wonderful novels, and I am excited to share them with you when the time is right. The authors are busy reviewing and revising  now in anticipation of publishing their novels, but I want to whet your appetite with this guest post by Eva Natiello, whose novel The Memory Box had me dreaming about her characters—now that’s writing to get under your readers’ skin! If you don’t know Eva, you simply must go to her website at evanatiello.com and sign up for updates—you’re going to want to read The Memory Box the day it’s released, trust me!

Not only is Eva a wonderful storyteller, but she’s funny to boot. If you missed her previous guest post, “Stormy with a Chance of Writing,” be sure to check it out. And now, take it away, Eva!

While this isn’t your classic New Year’s resolution, if truth be known, lofty goals scare the ambition right out of me. I’m a slow-and-steady-wins-the-race kinda gal. I believe in making realistic goals, initiating a routine, and putting one foot in front of the other, and soon you’ll be walking out the door! (Did I just plagiarize a song from Santa Claus in Coming to Town? Sorry.)

I was recently reminded of this strategy when a member of my writers’ group lamented the fact that her four kids were so busy, she felt like she spent her life in the car. And at the basketball court. Girl Scout meetings. Gymnastics. Etcetera. It left her scant time to write. Or even reflect.

I know this feeling too well. I know also that while I feel overstretched most of the time, I’m desperate to “create” even in a small way every day in order to balance the scales of my life. I started writing my first novel when I had the least amount of time to devote to it. I didn’t know it then, but it was perfect. The less time I have to do something, the more I get done. If I have hoards of time, I waste most of it.

This is what I told my friend−something I tell myself on a regular basis: think small and make use of what’s available to you. I’m not saying, “You have to make time for it.” I hate hearing that. (Especially as it relates to exercise.) Instead, take advantage of and be productive with whatever you have. There’s no point in waiting for the perfect time to start writing or editing a novel. No such thing exists. 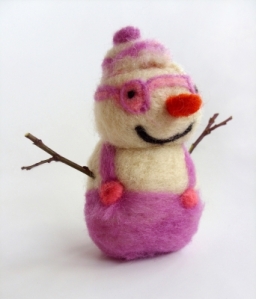 Do you have six minutes in the car waiting for your son to come out of basketball practice−a kid who is a rather speedy guy on the court but takes forever to walk across the parking lot to the car? Do you have eight minutes waiting on the grocery line for the slowest cashier in the free world to ring up and bag the groceries for the guy in front of you who is too lame to help bag his own groceries? How about the hour you’ll spend waiting for your daughter to finish play rehearsal? Half of my first novel was written on junk-mail envelopes, the backs of grocery store receipts, flyers from the dry cleaner, and the Chinese food menus routinely left on my windshield. The other half was written in a notebook I carry around with me everywhere I go.

Some of my best ideas come when I’m held hostage by life’s tedious tasks. A great time to think small is in the car. Ponder a great line of dialogue, or someone’s physical description, or a setting or perhaps the name of a character. What would your protagonist do if she were in her car panicking because she thought someone was following her? Are you stopped at a red light? Great! Write your thoughts down. No time like the present! Okay, maybe you’d prefer to pull over to the curb. Fine. All I’m saying is that huge vats of uninterrupted writing time may not be available to you until you’re ninety. If you can train yourself to be productive with seventeen minutes, think of what you’ll churn out when you have more!

For instance, imagine that you’re lucky enough to be responsible for a carpool of five little kids who you have to get to soccer practice while giving them a snack. That’s a perfect time to listen to how they talk, watch how they eat, and observe their varied mannerisms.

This brings me to my second thought.

Use what’s available to you. If you spend wads of time at the grocery store and the playground, realize that all that time is making you an expert. Certainly the CEO of IBM won’t be able to write a scene about toddlers chasing each other through the mud at the park while trying to catch the tale of a goose—like you will. (That did not end well, by the way.)

Once, I found myself at the grocery store for the fourth day in a row, and realizing I’d never noticed the produce guy before, nor did I ever speak to him, I thought about my protagonist and how she might interact with him, and I was so inspired that when I got to the car I wrote an entire scene before pulling out of the parking lot. [Editor’s note: That’s one of my favorite scenes in The Memory Box.]

So, here’s the recap. Think small, use what’s available to you, and you are an expert of something. Just remember, no one ever wrote an entire novel in one sitting. And even if they did, they probably never got a chance to wrestle a goose.

*****
Eva Lesko Natiello is a native New Yorker who wrote her forthcoming suspense novel, The Memory Box, as a result of relocating to the New Jersey suburbs. She is a self-proclaimed curious observationist whose oddball musings can be read on evanatiello.com. She also contributes to a parenting blog on nj.com. Eva improvs songs as a way to dialogue with her kids. They find it infrequently entertaining. Her short story, The Wordsmith, was a finalist in The Writer Magazine 2012 Best Short Story. You can find her on facebook and twitter.

If you enjoyed reading this, please subscribe to my blog and never miss a post! It’s easy: Just enter your email address on the right side of this page. And please know that I’ll never sell, share, or rent your contact information—that’s a promise!

Candace Johnson is a professional freelance editor, proofreader, writer, ghostwriter, and writing coach who has worked with traditional publishers, self-published authors, and independent book packagers on nonfiction subjects ranging from memoirs to alternative medical treatments to self-help, and on fiction ranging from romance to paranormal. As an editorial specialist, Candace is passionate about offering her clients the opportunity to take their work to the next level. She believes in maintaining an author’s unique voice while helping him or her create and polish every sentence to make it the best it can be. Learn more here.